Sick with sin and other lies I've believed

Imagine you're trying to run errands, hiding yourself because it's been a really difficult day, and you're carrying around some shame because you've sinned, you know it, and you haven't really done anything about it.
Jesus walks up to you.

He asks you for a favor.

Only, you don't know it's Jesus, it's some random man interrupting your task list and shame spiral asking you for things you don't actually want to do. You engage in small talk out of politeness, but even that is likely a stretch. You just want to do your business and get home.
The Samaritan woman had this exact encounter, and I'm sure many of us have, too. Maybe we haven't been at a well gathering water for our household when Jesus interrupts us and tells us about our many failed marriages, but you can see how Jesus has met you in the midst of shame and the mundane when really you just want to get in, get out, and be left to your own mess.
I love the story of the woman at the well in John 4. God wrapped in flesh came to the world and sought out those deemed less than, unworthy, unloved. Jesus intentionally walked through Samaria to have this encounter with a woman with a reputation, an unlikely suspect in the strategies of heaven.
Jewish men having conversations with Samaritan women, alone, wasn't a cultural norm. In fact, this would have been seen as scandalous, and truth be told if this happened today, I'd be creeped out. Why is a stranger talking to me, asking me to give him water or do any favor for him? I don't know him. I don't feel comfortable bantering with men, especially alone. My red flags would have shot straight up, and for our friend, I think they did. She shoots back with some pretty intense conversation, even though she was standing toe to toe with the Savior.
How many times have I stood toe to toe with the Savior in prayer, bantering with Him over what I should or shouldn't be doing?

How often have I just tried to live my life, and Jesus interrupted the chaos to confront my sin?
We live in a world that doesn't like to talk about sin, we like to affirm it. We "understand" away why people are the way their are, offering them excuses and glorifying bad decisions because sin lies to us and makes us hold onto our pride. Deep down we know how we sin - we all fall short of the glory of God, but once confronted, once sin is highlighted and recognized, I have to ask:
are we glorifying sin, or are we glorifying God?
One of the best practices to routinely glorify God is the act of repentance. Repentance is a beautiful gift God has given us that allows us to see the sin in our lives and make a conscious decision to turn from that sin and set our sights on God. When we sin, we turn our back to God. When we repent, we turn our back to sin.
Our Samaritan friend, when confronted with sin, recognized the Living Water that was standing in front of her. She recognized the Messiah, a veil lifted from her eyes, and she couldn't help but run and tell her entire town about the man who told her everything she had ever done.
The town knew this woman's reputation, and Jesus intentionally sought her out in her pain, her sin, her brokenness and it was used to glorify God, it was used to make a mark of repentance and change. If we wear a mask of perfection, no one will see the growth God is doing in our lives. This doesn't mean you have to air every sinful thing done, and it doesn't mean you wallow in your brokenness. What it means is the deep pain you experience, the sin in your life whether by your own choices or by a betrayal of others, can be used to show others the light of Jesus, the Savior of the world, and move them closer to Him in their own repentance. 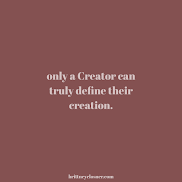 Your sin doesn't get to have a say in who you are. Only a Creator can truly define their creation. Your sin doesn't make the decisions in your life about what kind of impact you'll have for the Kingdom. Sure, sin will sure try to speak shame, regret, and condemnation over your heart and spirit in an effort to silence, immobilize, and keep you wrapped up in that which so easily entangles us...
but it doesn't have to.
When we choose repentance and turn our back on our sin, even if it has to be done 99 times, we are continually making the decision that God's glory and defeat of our sin has the final say.

Sin does not hold more power than the blood of Jesus.

Sin speaks shame, Jesus speaks freedom.
I don't know about you, but I want to spend my time with Jesus confronting sin. When we partner with Him and confront our sin, when we repent and pour the blood of Jesus over it, we stand in victory. We stand with the Conqueror of sin and are allowed to use it as a launching pad to give, receive, and share the good news of God's grace.
If we decide to hide our sin, affirm it and let the world speak its sugary lies of "it's okay", and "your trauma excuses this," "do what makes you happy," or "just follow your heart," we lose out on the beautiful and freeing experience of grace. We lose out on the opportunity to drop something that doesn't serve us or the Father. We lose out on an opportunity to grow into a healthy version of God's creation.
When we sit sick with sin and excuses, we lose out on knowing God more intimately.
The woman at the well could have excused away her failed marriages and multiple husbands. She could have said her life is fine and told Jesus to leave her alone. Instead, she ran to her town, she testified of the goodness of God, and look what happened:

"so when the Samaritans came to him, they asked him to stay with them, and he stayed there two days. Many more believed because of what He said, and they told the woman, "We no longer believe because of what you said, since we have heard for ourselves and know that this really is the Savior of the world." John 4:40

An encounter with Jesus, a confrontation of sin, and exposing of secrets, turned Samaria into a town of revival.
God used this woman because of her sin, not in spite of her sin. He redeemed those poor choices and heartbreaking decisions the moment He encountered her. She ran and gave glory to God from her story, she put Jesus in front of the multitude, and altered the entire course of history.

If you're holding onto shame and condemnation for the sin you've been dancing around with, know God has a plan for it. Repent, drop your sin in the hands of the One who can redeem it. We get to run boldly to the throne of Grace and make the most beautiful exchange - sin for forgiveness, sin for redemption, sin for freedom.
Don't believe the lie that says you're out because of what you've done. That's the world's cancel culture.

Jesus says you're in because you're His and He loves you.
That's what grace does.
That's the power of the cross. 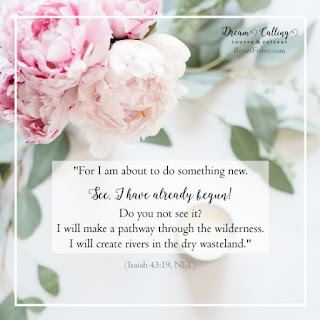 I've made an idol for myself

Jealousy made me do it.

let me introduce myself

Hi! I'm so happy you're here! You'll learn quickly, I really love Jesus. I'm a 30-something wife married for 8 years, and am small business owner living in Oregon. A textbook Enneagram 4, I have a passion for anything that involves words - reading, writing, and speaking - and do all of those things often. I have an absolute love for helping people know more of who Jesus is and get set free from stuff that doesn't need to be holding them back. I strongly believe Jesus is the foundation of all the things, so if that's your thing, or even if it isn't, stick around and see what He's up to in this corner of the world.

some of my faves